The Foreign Ministry summoned yesterday Norway’s Representative to the Palestinian Authority, Hilde Haraldstad, in order to discuss with her the latest regarding the yet-unexplained death of Palestinian-Norwegian girl, Shatha Barghouti, 17, who died while in the custody of a Norwegian childcare center after she and her two siblings were taken away from their parents six years ago.

The two sides stressed the importance of conducting a thorough investigation into Barghouti’s death, particularly possibility of negligence by the childcare center.

Haraldstad explained that Norwegian law prevents violence against children and that the Norwegian government cannot comment on issues of this nature, but that there are clear mechanisms of investigation that will be followed to reveal the circumstances of Barghouti’s death.

Palestine’s ambassador to Norway, Marie Seidin, met today with Norwegian Foreign Ministry officials to discuss the killing last week of 17-year-old Shatha Barghouti, a Palestinian girl who immigrated with her family to Norway more than 10 years ago and reported dead by the Norwegian authorities at a childcare center, according to a statement by the Palestinian Ministry of Foreign Affairs and Expatriates.

Seidin discussed the circumstances of the killing of Barghouti and the situation of her family.

However, Norwegian officials said that since Barghouti is a Norwegian citizen, they can cooperate only to the the law allows.

Seidin, nevertheless, called on the Norwegian authorities to give the matter their utmost attention and to reveal the circumstances of her death.

The Norwegian Child Welfare Services, Barnevernet, a government department that has jurisdiction to deal with issues related to children and where Barghouti was found dead, has been criticized for not looking after Barghouti when she was in their custody after she and her two younger siblings were taken away from their parents six years ago for allegedly not taking care of them.
1 sept 2019
Ministry of foreign affairs follows with great interest death of Shatha Barghouti

The Ministry of Foreign Affairs and Expatriates said it is following with great interest the death of 17-year-old Palestinian Shatha Barghouti, who died last Wednesday while in custody of the Norwegian Child Welfare Services, Barnevernet.

Minister of foreign affairs, Reyad al-Malki, has instructed Palestinian’s ambassador to Norway, Marie Antoinette Sedin, to take immediate actions to determine the circumstances and details surrounding Barghouti’s death and to do whatever necessary to find out the real causes of her death.

The ministry said it will take a number of actions to follow up on this 'important case’, including demanding the opening of an immediate investigation and taking the necessary legal measures to ensure that those responsible for this 'tragedy’ are held accountable.
31 aug 2019
Norway should immediately investigate the death of Shatha Barghouti: rights group 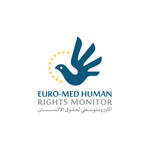 The Euro-Mediterranean Human Rights Monitor (Euro-Med) called this week on the Norwegian government to immediately investigate the death of 17-year-old Palestinian Shatha Barghouti, who died last Wednesday while in custody of the Norwegian Child Welfare Services, Barnevernet.

Shatha Barghouti was taken, along with her two younger siblings, from her parents about seven years ago by Barnevernet on grounds of parental neglect, although, Shatha’s parents tried desperately to prove otherwise and showed great remorse over the reasons that led to such situation, said Euro-Med in a statement.

Barnevernet has been widely criticized on both national and international levels for many reasons, one of which has been over how the agency takes over custody too easily, where it has a too low threshold for taking action and confiscating children from their parents.

The agency has been also ill-reputed for the suffering and abuse some children experience while living in its orphanages, it said.

According to Shatha’s parents, she had petitioned Barnevernet to be reunited with her parents as she was close to the age of becoming legally responsible for herself. However, two weeks before her reunification, Shatha was found dead and her death was explained as suicide.

The family refuses such explanation and consistently demands an immediate independent and transparent investigation into the death of their eldest daughter. The family also fears for the fate of Shatha’s two younger siblings and demands to regain custody over them again immediately to provide the necessary safety for them that Barnevernet crucially failed to provide for their late elder sister, said Euro-Med.

Therefore, Euro-Med Monitor called on the Norwegian government to immediately intervene and launch a serious investigation into the circumstances that led to Shatha’s death, in order to hold accountable anyone who might have contributed to this fate.

Euro-Med Monitor also demanded the immediate release of Shatha’s two younger siblings, Mohammad and Ahmad, to be reunited with their deeply aggrieved parents, who’ve been living in terrible fear and trauma ever since the three children were taken away from them.

Euro-Med Monitor emphasized that giving the parents another chance to prove themselves worthy of the custody over their two remaining children is the least the Norwegian government could do to compensate for the negligence that led to Shatha’s death.

It also called on the Norwegian government to thoroughly revise the mechanisms and structures that govern Barnevernet’s conduct, and to undertake immediate disciplinary actions against Barnevernet to ensure the safety and wellbeing of children  held by the agency so that the terrible incident of Shatha’s death would be the last of such kind.
Who killed Shatha Barghouti?

"When I go home and will be with my family, I will be 17. I will then complete my studies and specialize in law so that I will become a lawyer and bring home my two other brothers who are still in detention."

These were the words of Shatha Yahya Barghouti in her last meeting with her parents nine months ago, during which she expressed her longing and happiness to be back with them after she was taken away from her parents six years ago.

Shatha, who migrated with her family 11 years ago to Norway in search of a better life, was reported dead less than a week ago by the Norwegian authorities at a childcare center.

Her mother, Fadia, was at the time spending Eid al-Adha holiday at her family home in the village of Kufr Ein, northwest of Ramallah in the West Bank, where she arrived on August 1.

She was surprised when her husband, Yahya, had followed her after he had preferred to stay in Norway so that he could stay close to his three children - Shatha, Ahmad, and Mohammad - who were at the childcare center.

He came to tell her that Shatha had died in what are so far unclear circumstances.

Yahya is from Beit Rima village, northwest of Ramallah. In April 2002 and while the village was under curfew, the Israeli army forced every young man to go to the village's school. There, the young men were interrogated, and Yahya was among them. But since he did not have an identity card proving residency, he was arrested and held for one month before he was expelled to Jordan.

His wife, Fadia, followed him to Jordan and stayed there for about a year. At that point, they decided to seek a better job and a better life, so they decided to migrate to Norway, where they arrived as refugees and obtained citizenship years later.

Their children went to school where they made new friends from various nationalities as their parents began to realize part of the dream they came for. Everything was going as planned.

But one day six years ago, the police came to the school and took the three children from their classrooms. The parents rushed to the police station to inquire about it. They were told they were not qualified to look after their children, and so the children were turned over to other families to look after them.

But why did that happen? Their grandfather, Riziq Barghouti, said: "The police took them from school after a report that the children were not treated well by their parents. But this is not true. The children were living in very normal conditions, just like any other family. Their parents even sacrificed everything to give them a decent life, which is why they went to Norway."

The parents were allowed to visit their children once every 6 months, and the visits took place in complex circumstances. They were guarded by the police and held in a secret place. The family was also prohibited from talking to their children in Arabic, their native language.

These procedures put the children in difficult psychological conditions to a point one of them even tried to jump from the second floor during the visit of his parents after he told them that he was kept with an unusual family and that he wants to return to be with his parents. After this incident, the police prevented him from meeting with his parents.

After six years of suffering, Yahya and Fadia had a glimmer of hope nine months ago during their last visit to their children. Shatha, who was about to turn 17, was very happy to be close to going home since a child who reaches that age can go to court to tell it where he or she wants to live. On that day, Shatha told her parents about her dream of becoming a lawyer to work on returning her two brothers home.

Everything, however, collapsed after police informed the father that Shatha has died in the center in unclear circumstances. But her grandfather Riziq believes she was killed for an unknown reason.

"Did anyone attack her and kill her?" he wondered. "How could she have been killed in a center that is supposed to protect her and care for her?"
He added: "We will do everything to get Mohammad and Ahmad back, and when that happens the family will return to the homeland after all the suffering and tragedies it went through over there."

Palestine's ambassador to Norway, Marie-Antoinette Seidin, told WAFA that the Norwegian police had assured her that what happened with Shatha was a murder, but it was not known how it happened. A final report on the details of the incident is expected after the cameras at the center are reviewed, while the forensic medicine report will not be issued for another six months or less.

"The Palestinian embassy cannot intervene in the case of these children from a legal point of view because they are Norwegian citizens. The parents have to file a lawsuit with the court in order to reclaim their two other children, but that requires a skilled lawyer to do that," she said.

The association that took the children is the Norwegian Child Welfare Services, Barnevernet, a government department that has jurisdiction to deal with issues related to children.

According to the Geneva-based human rights organization, the Euro-Mediterranean Human Rights Monitor ( Euro-Med), Barnevernet has been widely criticized on both national and international levels for many reasons, one of which has been over how the agency takes over custody too easily, where it has a too low threshold for taking action and confiscating children from their parents. The agency has been also ill-reputed for the suffering and abuse some children experience while living in its orphanages, said Euro-Med.
Powered by